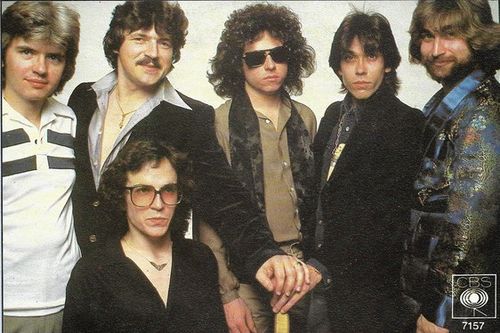 On Joe's Garage Act I the Central Scrutinizer says near the end of Crew Slut: "And so Mary was enticed away from Joe by an evil barbarian with a wrench in his pocket, lured into a life of SLEAZERY with the entire road crew of some Famous Rock Group (I don't know whether it was really Toad-O or not...I don't know... I'll check it out). Again we see MUSIC causing BIG TROUBLE!"

The "famous rock group Toad-O" is a thinly disguised jab at Toto. On the original album, the track "Toad-O-Line" references Toad-O again, and features a guitar solo based on the Hold the line refrain. This track was later renamed on the CD version as "On The Bus".