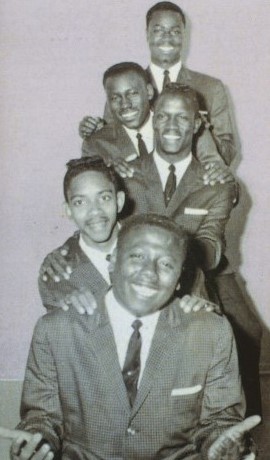 The Velvets are an American doowop band.

Zappa about The Velvets

"My folks would always bash my hand, but I kept listening to Hunter Hancock on the radio, in L.A. He was the first R&B disc jockey out there about 11 or 12 years ago.... he would play things like "I" by The Velvets. Do you remember that record? It's a slow ooo-wah song..." - Don Paulsen interviews FZ, 2 December 1966.

"It sounded fabulous. My parents insisted it be dismissed from the radio and I knew I was onto something ..." - Stern Words In Knightsbridge, 28 January 1978.

The Velvets are also referenced during track The Blackouts on The Lost Episodes.