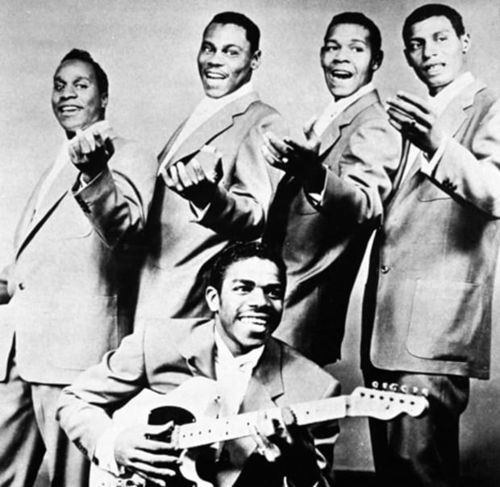 The Spaniels were an American doo-wop group. Originally Pookie Hudson & The Hudsonaires, they had their first hit with "Baby It's You" in the Billboard R&B chart in September 1953. They were on the fateful 1959 Buddy Holly tour. The band broke up in 1966, but reformed in '69, gaining a new generation of fans when their single "Goodnight, Sweetheart, Goodnight"[1] featured in the film American Graffiti.

Zappa and The Spaniels

Zappa played their song "Doo-Wah" while he was a guest DJ at KPPC, Pasadena in November 1968 and on Dr. Demento's radio show in 1981.