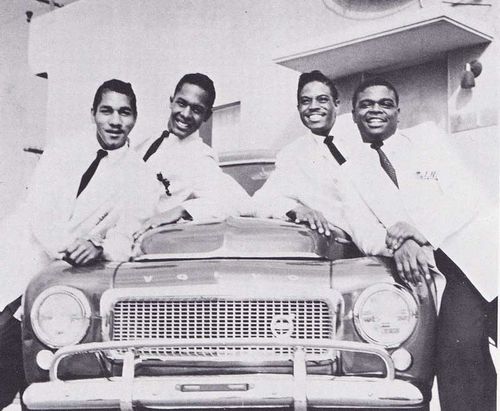 Donald Woods, a one time Medallion, transformed former Medallions into The Bel-Aires.

Zappa and The Medallions

Zappa referred to their song "The Letter" in Memories Of El Monte. He played this song as a guest DJ in KSAN, San Francisco, 1968. That same year he also played their songs "1959 Volvo", "Edna" and "Speedin'" as a guest DJ during the KPPC, Pasadena radio show.

Zappa about The Medallions

"I think that a lot of things that were happening in 1955 were cosmic and - you know - what they meant in terms of musical history. The problem is that most people who review music don't have the chops to realize, and they are so narrow-minded. They listen to a song like - well "Edna" by the Medallions on the Du-tone label if they can dig it up. The singer is a crippled guy who used to work in a car wash with the drummer from our band . He had a number of brothers , and they got together and formed this group called The Medallions , and they also recorded under a couple of other assumed names. He was singing about his girlfriend Edna, and he really loved Edna - you know - and Edna left him and that's the way it was, and that is real. What have you got that compares to that today?". - Frank Zappa in Pop Chronicles, 1969.