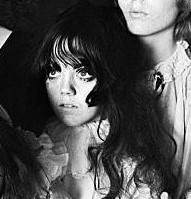 Sparkie Parker, aka Miss Sparkie, aka Sharkie Barker (born Linda Sue Parker, 1948) was a member of the GTO's.

As a teenager she became friends with Pamela des Barres in 1966 at Cleveland High School in L.A. They became part of the groupie set in L.A. at the Sunset Strip and performed with some friends as the Cherry Sisters and the Laurel Canyon Ballet Company, alongside Frank Zappa's Mothers of Invention.

Later in her career she provided background vocals on Disco Boy for Zoot Allures, as "Sparkie Parker", on the CD, this name was changed to "Sharkie Barker".