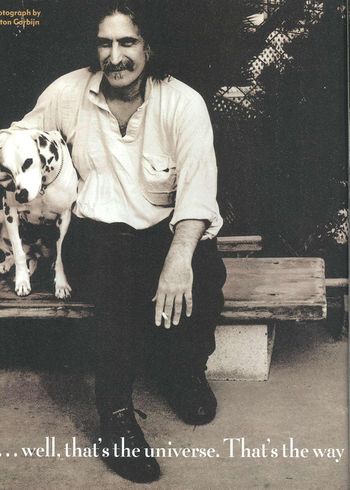 Shillelagh was one of Frank Zappa's pets. It was a female dalmatian dog. He and his pet were photographed by Anton Corbijn for Mojo Magazine.

"(...) The Zappa kids had come into the room with a very cute Dalmatian puppy, later named 'Shillelagh' by Frank, that they had just gotten. As they explained, they had been at a shopping mall, and the puppy had escaped from a pet store, run up to them, and captured their hearts, whereupon they purchased him and brought him home. The puppy, unfortunately, had a chronic flatulence problem, and proceeded to "breeze", emitting a dreadfully reeking gastrointestinal toxic vapor as Frank held him, much to the amusement of all. - They're Doing the Interview of the Century, Part 3