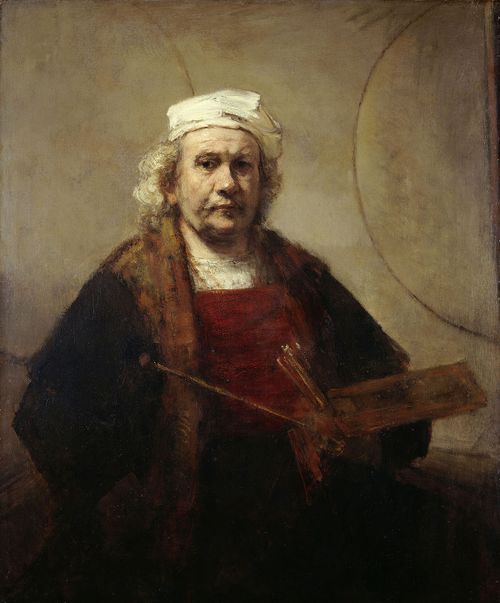 Rembrandt Van Rijn (July 15, 1606 – October 4, 1669) is a world famous Dutch painter, renowned for his realism and the warm, colourful humanity of his images.

Interviewer: "(...) the recurring themes and motives in your work. Where do they come from and what part do they play?"

Frank Zappa: "The recurring themes are a device that is directly analogist to the process that Rembrandt used to use in his paintings (...) That process was if you want to make it look a certain way: add a little brown to every color. And you get that kind of life. And I add a little poodle wherever I come."

"Project/Object is a term I have used to describe the overall concept of my work in various mediums. Each project (in whatever realm), or interview connected to it, is part of a larger object, for which there is no 'technical name. Think of the connecting material in the Project/Object this way: A novelist invents a character. If the character is a good one, he takes on a life of his own. Why should he get to go to only one party? He could pop up anytime in a future novel. Or: Rembrandt got his 'look' by mixing just a little brown into every other color -- he didn't do 'red' unless it had brown in it. The brown itself wasn't especially fascinating, but the result of its obsessive inclusion was that 'look.' In the case of the Project/Object, you may find a little poodle over here, a little blow job over there, etc., etc. I am not obsessed by poodles or blow jobs, however; these words (and others of equal insignificance), along with pictorial images and melodic themes, recur throughout the albums, interviews, films, videos (and this book) for no other reason than to unify the 'collection.'" - Frank Zappa in The Real Frank Zappa Book, 1989.