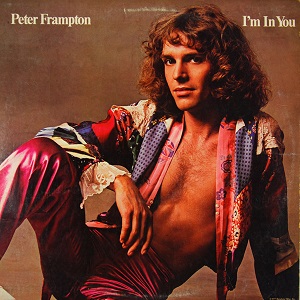 Is That Guy Kidding Or What?

Peter Frampton (February 22, 1950) is a British rock musician, previously associated with the groups Humble Pie and The Herd. As a solo artist in the 1970s his hits included "Show Me the Way", "Baby, I Love Your Way", "Do You Feel Like We Do" and "I'm in You".

Zappa parodied Frampton's song "I'm in you" as "I Have Been In You". A radio spot (which may or may not reach the airwaves) was taped for the LP, featuring Frampton himself talking over said song. "Hi, Frank," the English teen idol begins, rather nervously. "This is Peter here. I'd just like to correct you on the words. It's 'I'm in you, you are in me.' Umm, there's not too much that I can say about this ... uh, I've never really liked your music, and I don't really like this. But, if you'd had me on rhythm guitar, it would've been a hit."(Source: Zappa, 79/8)

Peter Frampton receives special thanks in the liner notes of the album Hammersmith Odeon (2010).