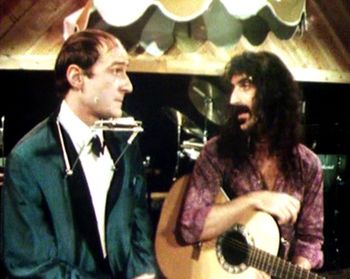 In January 1976 Zappa was a guest in his talk show. Since McDonald is an accomplished harmonica player they jammed together during the broadcast. After the interview Zappa invited him to participate in a Mothers concert. His harmonica playing can be heard on the album FZ:OZ. [1]