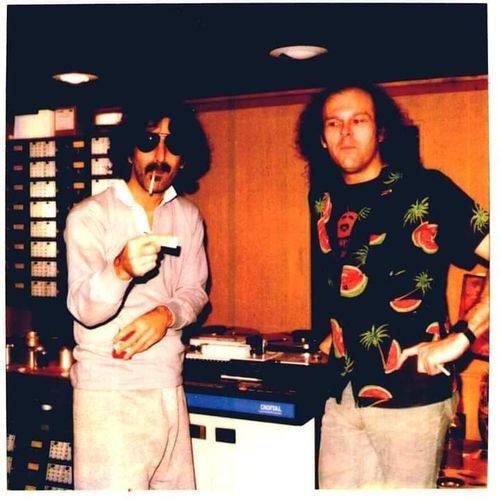 He was born in 1949 and studied at Arlington High School, followed by the University of Florida in Gainesville. Pinske worked as a bass player and live sound mixer. Pinske fulfilled numerous positions at Quad Eight Electronics between 1976 and 1980. From 1987 until 1996 he was chief engineer and studio owner of Skylab Studios (Gainesville, Florida.) and recorded numerous albums. He was live sound engineer for acts such as David Lee Roth, Terence Trent Darby, Men at Work, Bobby Brown,... Between 1996 and 1998 he was product development manager for Creamware U.S. and from 1998 until 2000 he worked in sales and marketing for this same company.

Between 2000 until his death in 2020 he was general manager of Architectural Acoustics and MediaMatrix.

Pinske was recording and live sound engineer for Zappa from 1980 until 1987. He provided vocal for You Are What You Is.

How did you make the switch from chief recording engineer for Frank Zappa to management positions?

Well, it was the other way around. I did live sound for many years and played in bands. But when I moved to Los Angeles, I took a job as an engineer at Quad Eight Electronics. I worked my way up the ladder and managed a large manufacturing division for them before I took the audition for Frank Zappa.

My favorite moment with Zappa in the studio was when ... I got back at him for saying, “I'm not a robot you know, I can only stay interested in these things for mere moments.” That was when Bob Dylan asked him what kind of engineer “this here Pinske was.” Frank said, “He gets a better drum sound in 20 minutes than most engineers can get in hours.”


The most exciting live show I engineered was ... Live at the Palladium in New York on Halloween 1981. That was also the first live satellite broadcast for MTV where I had to do a simulcast mix at the same time for the FM radio station so the subscribers for MTV could hear it in stereo.