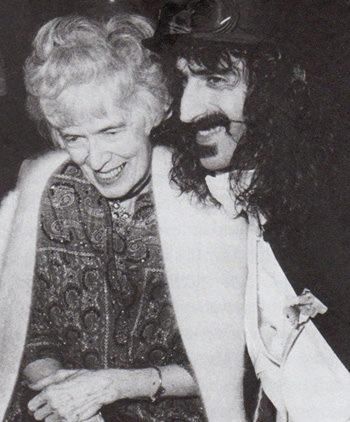 Louise Norton, after her marriage Louise Varèse, (20 November 1890 - 1 July 1989) was the wife of French composer Edgard Varèse. She was born in Pittsburgh, Pennsylvania and married him in 1920. He was her second husband.

Varèse was active as a writer, editor and translator. Before she met Varèse she was already a prominent member of the Dada art movement. In 1969 she was awarded the Chevalier de l'Ordre des Arts et des Lettres.

On 21 December 1956 Zappa asked and received a long distance phone call with Edgard Varèse for his birthday. He happened to be not present, but his wife Louise answered the phone. She assured Zappa that her husband would call him back as soon as he was home again, which happened in January 1957. He also sent Zappa a letter on 12 August of that year, which Zappa later had framed.

On 30-31 October 1974 Zappa threw a small party to celebrate the 10th anniversary of the foundation of the Mothers of Invention. Among the guests were Bianca Jagger, James Taylor, Dory Previn, Carly Simon and Louise Varèse. [1]

On 17 April 1981 Zappa took part in a tribute concert to Edgard Varèse at the Palladium in New York, where Louise Varèse, then 90 years old, was also present. [2]