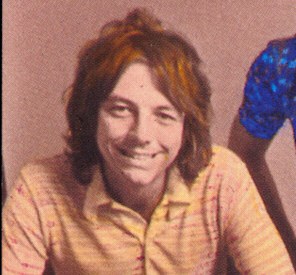 Jim Pons as pictured in the sleeve of the album Just Another Band From L.A..

Jim Pons (Santa Monica, California, 14 March 1943), was an American bass guitarist and singer. He played bass as a member of The Leaves and The Turtles prior to joining The Mothers in the Spring of 1971.

Pons: "I had known Frank previous to my joining his band, so there was no formal audition. I was almost kind of like a friend of the family by then."