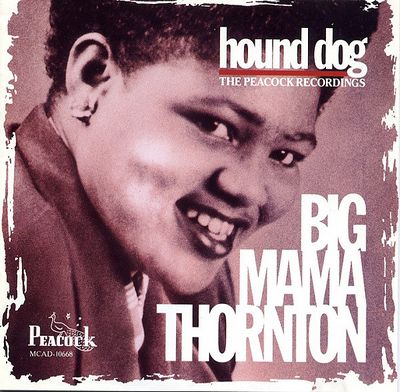 Hound Dog is a 1954 song written by Leiber and Stoller, first recorded by Willie Mae Thornton and then famously covered by Elvis Presley in 1956, who turned it into a number one-hit.[1]

Frank Zappa once proposed touring with Presley, where Presley would perform this song as an encore.[2]

"I was one of the few people at that time who knew that 'Hound Dog' was originally recorded by Willie Mae Thornton on the Peacock label." - Cucamonga Science & Beyond, 19 May 1990, Billboard, Drew Wheeler.