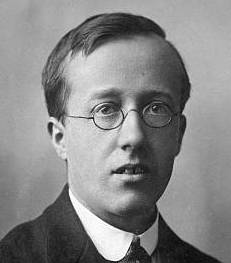 Gustav Holst (September 21, 1874 – May 25, 1934) was an English composer and was a music teacher for over 20 years. Holst is most famous for his orchestral suite The Planets. Having studied at the Royal College of Music in London, his early work was influenced by Maurice Ravel, Edvard Grieg, Richard Strauss, and Ralph Vaughan Williams, but most of his music is highly original, with influences from Hindu spiritualism and English folk tunes. Holst's music is well known for unconventional use of metre and haunting melodies.

A snippet from "Jupiter: Bringer of Jollity" from Holst's "The Planets" can be heard at the start of Zappa's track Invocation & Ritual Dance Of The Young Pumpkin on Absolutely Free (1967).