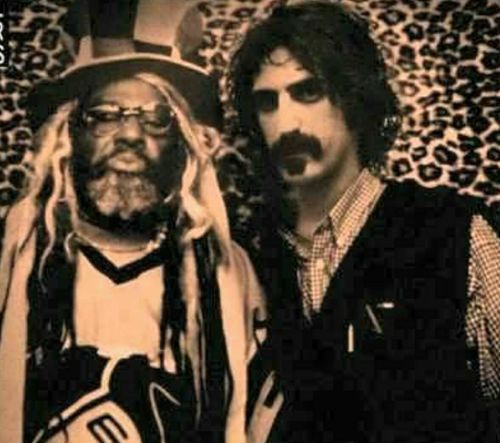 George Clinton (July 22, 1941) is an American singer, bandleader, and music producer, best known as the brain behind the funk bands Parliament and Funkadelic which combined catchy tunes with humor. As a solo artist he scored hits with songs like "Atomic Dog" (1983) and "Do Fries Go With That Shake?" (1986).

Clinton once said: "Every black musician sould listen to Frank Zappa". His album cover designer Pedro Bell was a huge fan of Cal Schenkel and therefore designed many record covers of Parliament in the same eye-catching cartoony style. [1]

On Funkadelic's Alice In My Fantasies (1974) one of the lyrics goes as follows: "Mama said, never eat the yellow snow".

In 2002, George Clinton used the intro horn vamp from I'm The Slime during a show at the Electronic Music Fest in Detroit.