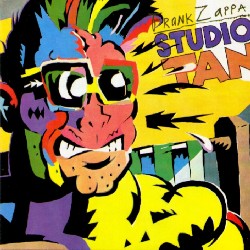 His roots lie in the L.A punk music and comic-book scene of the 1970s, where he arrived in the post Pop-art wake of Warhol and Lichtenstein, and where his distinctive illustration techniques for Slash magazine gained him critical acclaim. In Slash he drew a comic strip of the adventures of a post-nuclear punk-rock character called Jimbo, a composite created from influences that included the work of Cal Schenkel, cheap commercial packaging and Japanese monster movies, among others.

His latter work includes contributions for RAW magazine, books, clothing companies, set-designs, and supportive illustrations for Zappa-related material, such as A Definitive Tribute to Frank Zappa (Best of Guitar Player, 1994)

The cartoonist Matt Groening said of Panter that he "applied his fine-art training to the casualness of the comic strip, and the result was an explosive series of graphic experiments that are imitated in small doses all over the world today". Groening and Panter became friends at the end of the 1970s due their mutual interests, including Frank Zappa and Captain Beefheart.