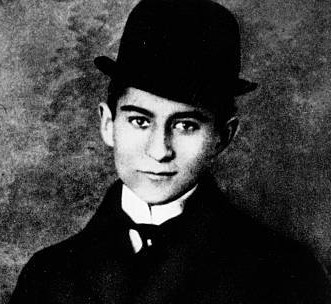 Zappa instructed his fans to read Kafka's short story "In the Penal Colony" (German: "In der Strafkolonie") before they listened to the track The Chrome Plated Megaphone Of Destiny on We're Only In It For The Money.

Nigey Lennon claimed on page 63 of her book: Being Frank - My Time With Frank Zappa: "Out of a strange reluctance to appear intellectual, Zappa pretended that he never read anything he didn't absolutely have to read, but one of the first long conversations we had on the tour was about Franz Kafka. Frank seemed to be thoroughly familiar with everything Kafka had ever written, even obscure things like "A Country Doctor"."