It seems Zappa's lyrics refers to Korla Pandit (September 16, 1921 – October 2, 1998), born John Roland Redd, was a musician, composer, pianist, organist and television pioneer. He was known as the Godfather of Exotica.

A Missouri-born African-American, Pandit spent his career (unto his death) passing as an Indian. 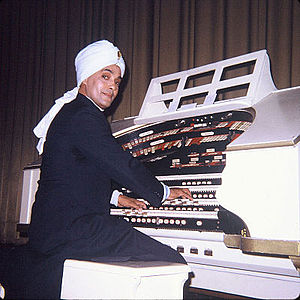