Everybody I Shot Is Dead Forty eight of the hundreds of musicians Deborah Chesher photographed from 1974–79 have since passed away. This is a collection of over four hundred of her never-before-published photographs and her personal stories.

Pictorial of Frank Zappa from page 48–54 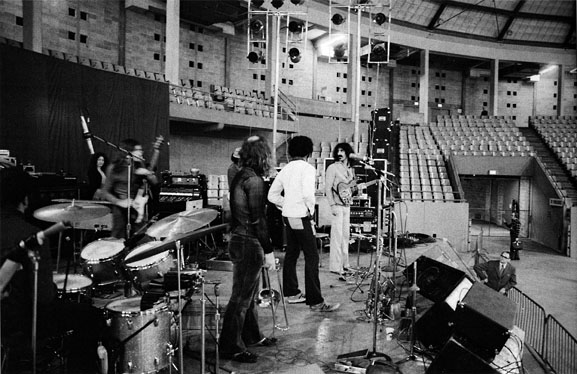 Is there anyone in the universe that hasn't heard of Frank Zappa? I doubt it. But I'm guessing most people don't really know who he was as a person. By his appearance alone, assumptions are made. Terms like freak, weirdo, hippie and druggie come to mind. Even though I was already a fan, I had plenty of misconceptions about Frank Zappa before I had the opportunity to meet him.

I first discovered Frank Zappa in 1970. Somebody at school had the album Weasels Ripped My Flesh. That was all it took for me to love Zappa. I didn't even have to hear it. The title and album cover was enough. I figured whoever thought to call their album Weasels Ripped My Flesh and was crazy enough to put that artwork on the front had to be a genius ... and probably a freak. My admiration for Frank was cemented four years later when I heard Don't Eat The Yellow Snow, a song that summed up my childhood. I grew up in Calgary, Alberta where it snowed a lot in the winter. Since the time I could walk, I must have been told "don't eat the yellow snow" at least a million times.

Still, when it came time to shoot Frank Zappa in concert, I was a little nervous. Was he a freak? A weirdo? A druggie? I mean, his music was kind of whacked. Wouldn't he have to be all those things to come up with the stuff he wrote? And he looked kind of creepy, especially to a very young white-bread girl from Calgary. Yellow snow or not. All that long black hair and that odd moustache thing he had growing on his face. Not to mention his intense stare that emanated from pictures I'd seen. So, yeah, I was a little nervous. I didn't know what to expect. 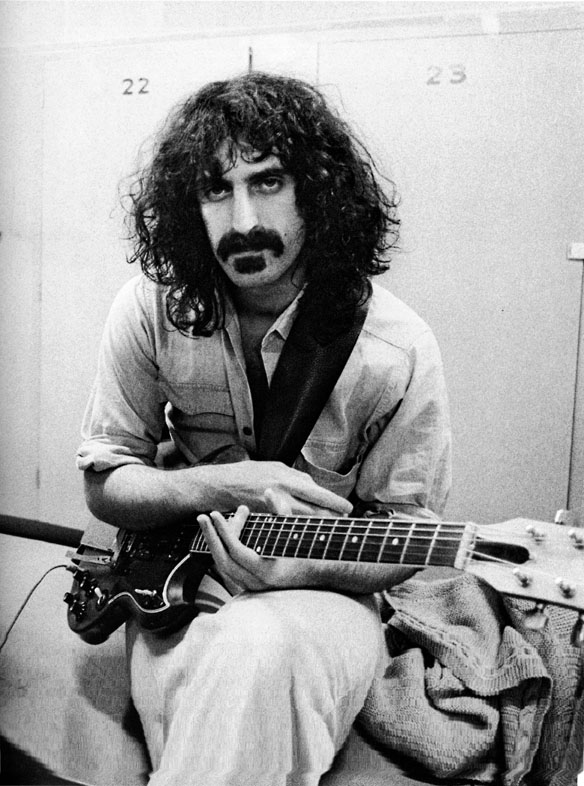 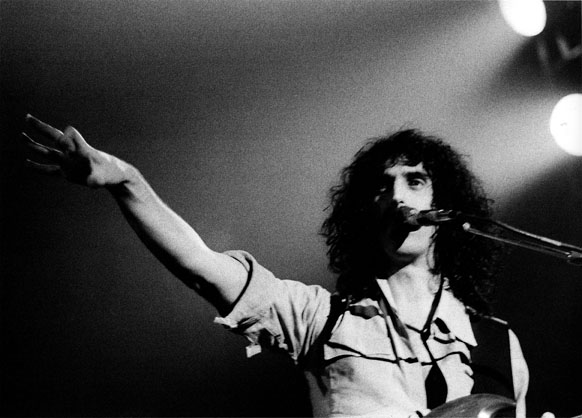 I showed up early at the sound check to gauge the mood for the show and see if I could figure him out before I stuck my camera in his face. Zappa didn't seem scary at all. He was together. Focused on getting everything right, but seemingly good-natured. Without hesitation, I pulled out my Pentax and fired away.

When I photographed Frank backstage, I found him to be one of the most straight-forward down-to-Earth musicians I'd ever met. He was very sweet to me; personable, smart and dare I say normal? He had no problem speaking his mind and I got the impression that he had disdain for people who were unprepared and wasted his time. I was a little nervous when record rep Mark Wilson gave Frank a caricature drawn by a local artist. I thought it was risky to give a famous musician you don't know an artist's interpretation of their likeness, not to mention something of awkward size they'd have to cart around. I could tell Frank wasn't thrilled, but he still agreed to Mark's request for a photograph with the drawing to give to the artist.

A capacity crowd of five thousand die-hard fans welcomed Frank Zappa to Vancouver and they were with him through every note of every song. One of the greatest moments, I witnessed at any concert was the frenzy Frank created when he picked up his film camera and turned it on the audience. The fans screamed with delight at being the subjects of a Frank Zappa movie.

Zappa crossed multiple genres with his music including classical, jazz, blues and rock. He was a composer, drummer, guitarist, record producer, technician, music editor, author, satirist, actor and filmmaker. And Frank was definitely not a weirdo, a freak, nor a druggie. He actively fought against censorship, testifying at a Congressional hearing in 1985 and appearing on CNN's Crossfire in 1986. Frank Zappa even planned to run for president of the United States. How great would that have been? 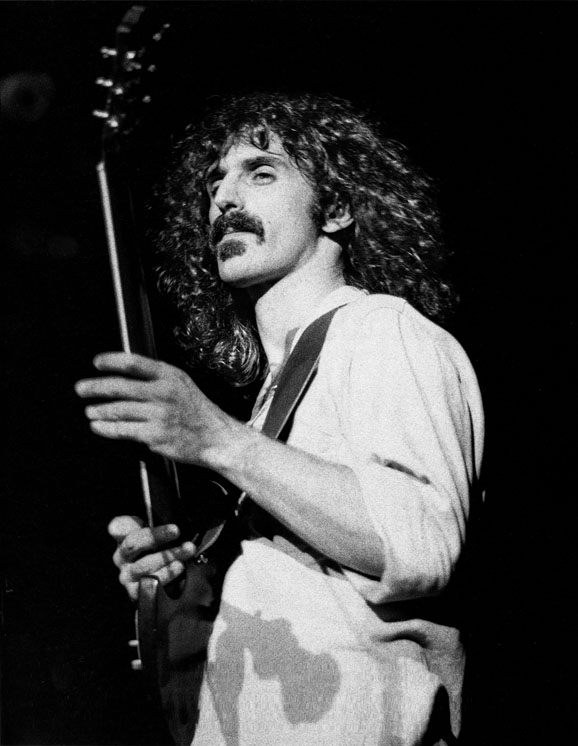 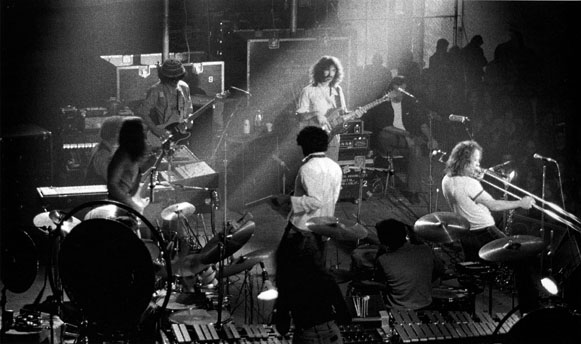 "I love this photo and wanted to share it, despite the unknown smutch that stuck to the negative. In the interest of authenticity, I chose not to retouch it." 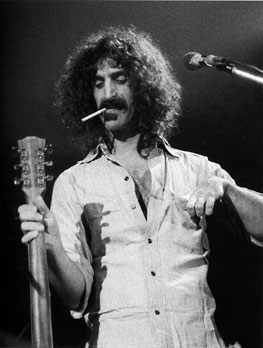 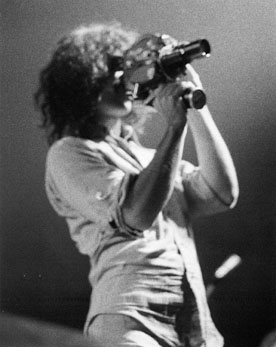