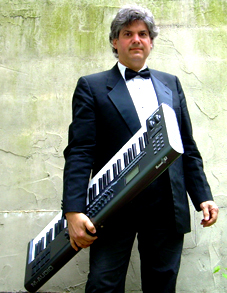 During the fall of 1975 he rehearsed a few weeks with Frank Zappa’s band. He performed with them on 5 December 1975 in the London Arena in Ontario, Canada, as well as other places in the American Midwest.

He was the son of a polka bandleader. Dybka started playing music at a young age.

After performing with Zappa Dybka joined Earl Klugh's band as a keyboard player. During the 1980s he played in Chet Atkins’ band. From 1986 on he arranged, produced and composed many instrumentals by Atkins. Atkins and Jerry Reed’s duet album Sneakin' Around won a Grammy for Best Instrumental Record. Over the years Dybka has produced and engineered hundreds of albums, including by the Four Tops, Frank Sinatra, Steely Dan and Béla Fleck.