Difference between revisions of "Elliot Ingber" 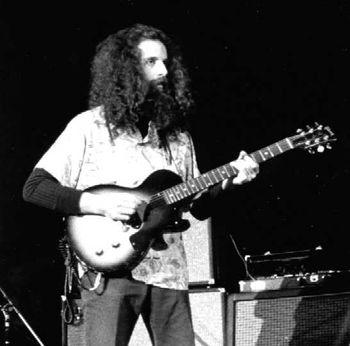 Elliot Ingber (24 August 1941) was an American rock guitarist. He was a member of Frank Zappa's Mothers of Invention, Captain Beefheart's Magic Band and Fraternity of Man.

He joined The Mothers early in 1966, shortly before they signed with Verve. Ingber's guitar can be heard on the albums Freak Out!, Lumpy Gravy, You Can't Do That On Stage Anymore Vol. 5, The Lost Episodes and Mystery Disc. Ingber also recorded on the Boy Wonder I Love You sessions. He can be seen in the Zappa movies Uncle Meat and Video From Hell. According to Jimmy Carl Black Ingber was fired after tripping on LSD on stage and not realizing that his amplifiers weren't working.

After leaving The Mothers in 1967 he formed Fraternity Of Man. Joined Captain Beefheart in the early 1970s performing as Winged Eel Fingerling.

He was mentioned and thanked in the liner notes of The MOFO Project/Object (2006) album. [1]

From the "biographical trivia" section on the Freak Out! (1966) album:

"... Elliot digs the blues. He has a big dimple in his chin. We made him grow beard to cover it up. He just got out of the Army. Lucky for the Army."