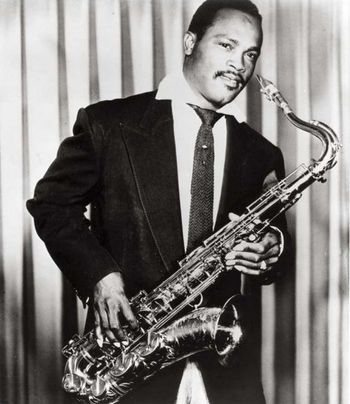 Chuck Higgins (April 17, 1924 in Gary, Indiana - September 14, 1999) was a jazz and R&B saxophonist, trumpet player and trombonist, best known for his hit song "Pachuko Hop" (1952). The song was a perennial favorite among Latino people, but didn't become much of a hit elsewhere."Pachuko" was slang for a Mexican-American dressed in baggy pants with a key chain. Higgins also played trombone and trumpet. Higgins played dates in Los Angeles with everyone from Charlie Parker to The Orioles and his band at one point included Johnny "Guitar" Watson (also name-checked on the cover of "Freak Out!").

Chuck Higgins is mentioned in the list of influences inside the sleeve of Frank Zappa's debut album "Freak Out!" (1966), under the heading: "These People Have Contributed Materially In Many Ways To Make Our Music What It Is. Please Do Not Hold It Against Them".

Higgins' single "Motorhead Baby" was the inspiration for the nickname of Jim Sherwood.