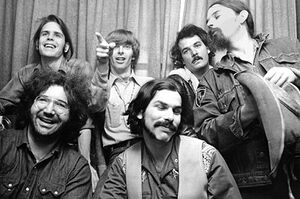 In Who Needs The Peace Corps? the line "I'll go to Frisco/buy a wig/and sleep on Owsley's floor" refers to Owsley Stanley, who prepared LSD experiments like a cook and was the longtime soundman and financier for the Grateful Dead.

Mentioned in Teen-age Wind: "It's a miserable Friday Night. I'm SO lonely and nobody will give me a ride to the Grateful Dead concert."

Mentioned in Harry-As-A-Boy "I can't afford to study with anyone yet, since the bulk of my allowance goes for glue and Grateful Dead tickets, but soon I hope to be on my knees in a real homo bath house... maybe when my folks go on vacation."