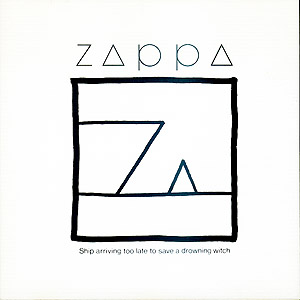 Zappa asked Price special permission to use one of his droodles as the cover and title of his album Ship Arriving Too Late To Save A Drowning Witch (1982).

FZ: "Yeah, the illustration on the cover, yeah."

CA: "Oh, is it this old things like on party napkins?"

FZ: "Yeah, I remembered that one, that one was my favorite droodle of all time, is that one right there. And, and I went on a search to find Roger Price, the guy who did those things and found out that he lived in the San Fernando Valley and works for a publishing company down there and … ah … licensed the right to use that droodle on the cover. That's the original droodle!" [1]