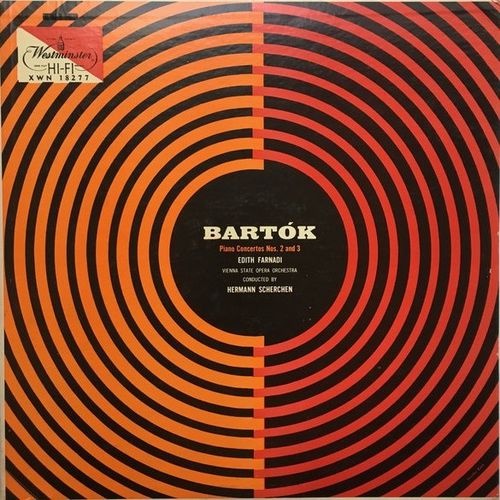 "Also you ought to get Bartók's first, second and third piano concertos, which are all very groovy and good to dance to. I have the version on Westminster (18277) by Edith Farnadi with the Vienna State Opera Orchestra. I've never heard any other version of the second and third piano concertos so I don't know whether or not that's the best recording. It might not even be available. I heard another version of the first at Andy Kulberg's, of the Blues Project, who has an extensive collection of modern music. - Frank Zappa, My Favorite Records, Hit Parader, 1967.