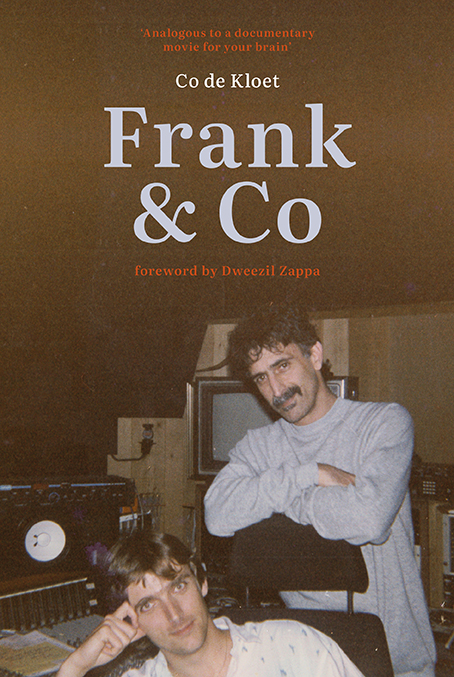 The book is published on 20 November 2020 and features a foreword by Dweezil Zappa and a recommendation by Steve Vai: "This book is an authentic read into many of the character dimensions of Frank Zappa and his music and perspectives. When a person has a sincere interest in an artist, it's felt by the artist, and as such, the artist can feel more open to discussing their process of creation and opinions. Not that Frank ever had an issue with speaking freely, but whenever interviewed by Co, Frank's interviews always seemed more engaging. The fact that Frank and Co had developed a warm friendship through the years is evident in the gravity of their exchanges.With this book, the Zappa fan will get a glimpse into Frank that I don’t believe any other book written by him or about him expresses. And us Zappa fans love that. Thank you Co'."