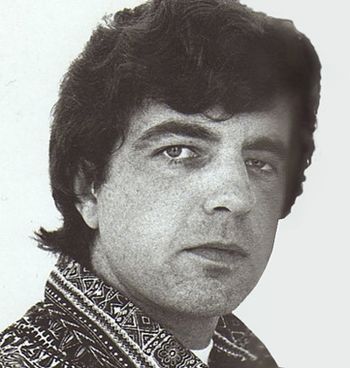 Like Beefheart and Zappa, St. Clair was a pupil at Antelope Valley High School in Lancaster, California, where he played trumpet in the school band. Both him and Zappa later learned guitar.

In 1959 he played in his first band, The Omens, which included Terry Wimberly, Gary Burkey (alto), David Giego (trumpet), Pete Lovio (tenor), Frank Lynch (trombone), Wally Salazar (guitar), Fred Salazar (trumpet), Pat Prue (drums), Jim "Motorhead" Sherwood (baritone) as members. Don Vliet was an occasional vocalist with them. St. Clair left the band later and was replaced by Jerry Handley. St. Clair played guitar in The Blackouts between 1961 and 1962. [1] [2] He also played in The Soots, a band by Zappa and Beefheart who recorded in Studio Z in Cucamonga. Their song Tiger Roach can be heard on The Lost Episodes (1996) and Metal Man Has Won His Wings on Mystery Disc (1998). [3]

In 1964 St. Clair, Wimberley, Doug Moon, Vic Mortenson and John French joined Captain Beefheart's group, the Magic Band. Snouffer changed his name to St. Clair, "because the police were after us for smuggling sponges in Nevada". He played on Beefheart's first two albums, Safe As Milk (1966) and Strictly Personal (1967), but left the band in June 1968. He can also be heard on Mirror Man (1971), an album comprised of earlier recordings.

St. Clair briefly rejoined the Magic Band between 1973 and 1974, replacing Elliot Ingber, aka Winged Eel Fingerling. He performed on Beefheart's album Unconditionally Guaranteed (1974), after leaving the band again for the same reasons he did in 1968: lack of financial benefit. He is subject of Beefheart's song Owed T'Alex on Shiny Beast (1978).