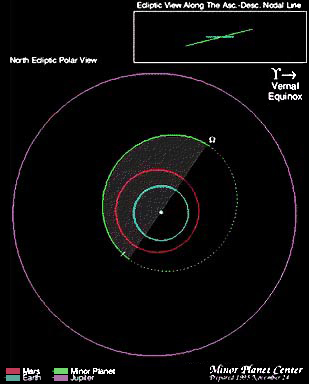 Zappafrank is an asteroid discovered by L. Brozek on May 11 1980 and named in honor of Frank Zappa. Little is known of its physical properties, but it is thought to be between four and eight miles in diameter. It's orbit is elliptical and approximately 4.08 years in duration, 193 million miles at perihelion and 282 million miles at aphelion.