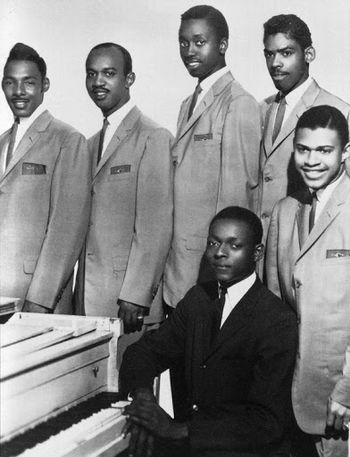 Zappa and the Velours

Zappa named their song Can I Come Over Tonight as one of his Top 10 favorite records in the interview Faves, Raves And Composers In Their Graves, published in the UK magazine Let It Rock, June 1975. Zappa: "Any musicologist that can find that record and listen to the bass singer ... he's singing quintuplets and septulets. And considering where it came from and when it was made (it was on the East Coast Onyx label) it was amazing.". He also selected the song in the radio show Castaway's Choice (1989), hosted by John McNally, as one of the ten records he would take with him to a deserted island.