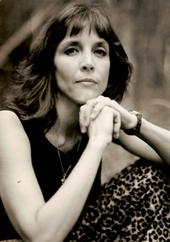 Thana Harris (born on 13 July [year unknown] as Suzannah "Thana" Harris) is an American singer, country and rockabilly musician and the wife of Bob Harris #2.[1]

She provided harmony vocals on Planet Of My Dreams on Them Or Us (1984). [2] During the same recording sessions Harris also sang vocals for the tracks Spider Of Destiny, Flambay and Time Is Money, originally intended as part of Zappa's never-released musical play/film script Hunchentoot. These tracks were originally recorded as instrumentals, but she sang lyrics on them, which were eventually released to the public on the 1991 CD re-release of Sleep Dirt.[3]

In an interview she explained that Zappa hired her to sing because she could imitate the style of a longtime, slightly bored singer in a nightclub / cocktail bar: "[Frank told] me, when he handed me the cassette with the rhythm tracks and a guitar melody line which I was supposed to learn for the lead vocal, that he had tried numerous vocalists for numerous years and hadn't found the right one to sing the lyrics to those songs".


On 25 June 2000 she released a solo album, Thanatopsis (2000), mostly produced and written by her husband Bob Harris. Steve Vai was an engineer, guitarist and co-producer. Jimmy Carl Black was drummer and played two characters, Bart and Claire, with Thana. [4]