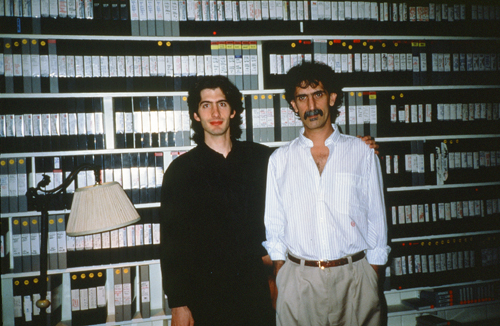 In 1984 Albonico worked as a photographer and film director. He worked on the lay-out of Hustler's Thing-Fish set to promote Zappa's album of the same name. Annie Ample posed as a model during that session. [1]

In 1987 Albonico worked making photos and interviews for Japanese magazines and was a friend/next door neighbour of Bob Rice, which is how he met Zappa. made photographs for Zappa's album Guitar (1988) and the accompanying official tour programme that year. [2]