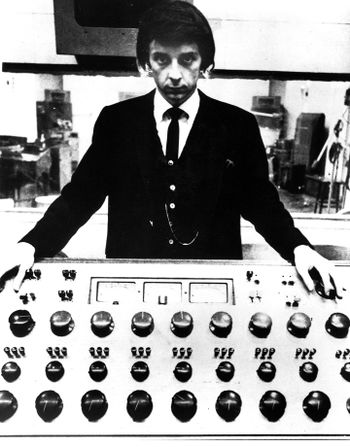 Phil Spector (26 December 1939-16 January 2021) was an American music producer known for his "Wall of Sound". He wrote and sang on the Teddy Bears' "To know him is to love him". He produced and (co-)wrote music albums for artists like The Ronettes, The Crystals, Ike & Tina Turner, The Beatles, John Lennon, George Harrison, Leonard Cohen and The Righteous Brothers.[1]

Apart from his widely admired musical production, Spector was also notorious for his eccentric behaviour, which according to various anecdotes often verged to life threatening and psychological issues. In 2009 he was convicted for murder in the second degree of Lana Clarkson. He died in custody in 2021.[1]

When asked about songs Spector liked, Zappa said: "Well, all I can say is that his taste and mine run pretty close together."[2]