Difference between revisions of "Ozzy Osbourne" 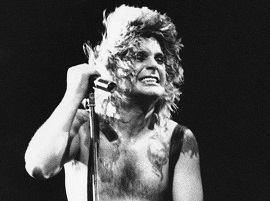 Ozzy Osbourne (December 3, 1948) is a British heavy metal rock singer who was the original frontman of the band Black Sabbath. Later he went solo. During the 2000s he became famous for a whole new audience as the star in his own reality TV series, The Osbournes.