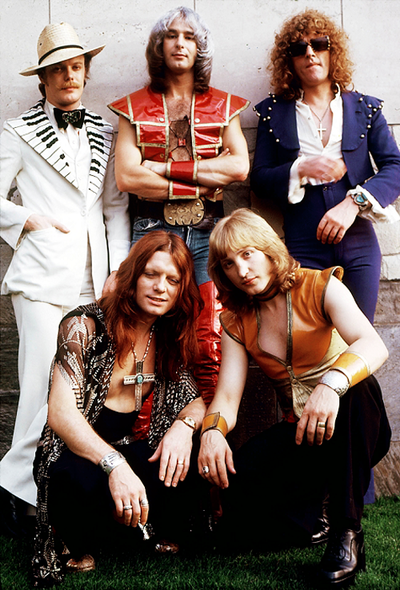 Mott The Hoople was a British glam rock band, active between 1969 and 1980. They are most famous for their song All The Young Dudes (1972), which was written by David Bowie, who was a fan of the band. The song became their biggest hit.

Zappa and Mott The Hoople

In the article Frank Zappa: 'Frenk! Frenk! Ees Aynsley playeeng?', 5 October 1974, Zappa said: "Mott The Hoople have three songs on their last album that I like a whole lot", referring to their final album The Hoople, 1974. A year later he named this same album one his favorite records in Faves, Raves And Composers In Their Graves, June 1975.