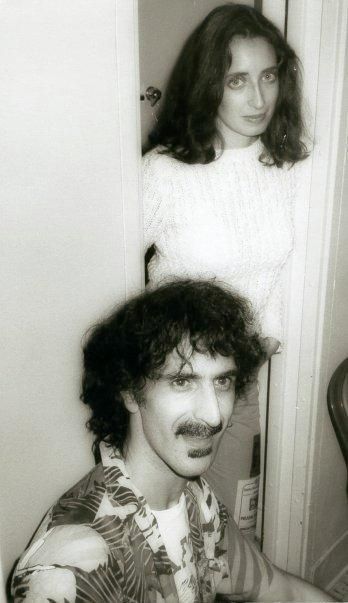 She is the daughter of the inventor of the "Pocket Fisherman" and Veg-O-Matic, and brother of the guy who formed "Ronco" - a company that sells "Krylon" for your head, and just about anything / everything else imaginable. Lisa is a voice teacher (she accepts a limited number of students), does some studio work, and puts on vocal seminars. She produced "The Total Singer" instructional video, and is "hoping to create a library of singing-related products under the "Voiceworks" banner over the next few years".

Popeil has been a back-up singer for "Weird Al" Yankovic. In 1984 she released her own album Lisa Popeil, which also featured Steve Vai.

In 1981 Lisa came to Zappa's studio to support her auditioning drummer boyfriend). Tommy Mars talked her into auditioning for keyboards and vocals. Lisa: "Frank of course tried to stump me with rhythms no musician has ever seen before. As I sight-read the music, I found that I had to move my body in a certain way to feel what 11 over 7 over the barline would feel like and Frank remarked on my "turgid flux"! What a way with words he had."

Popeil rehearsed with the band for a short period in August. On 11 December 1981 she performed in lingerie at the Santa Monica Civic Auditorium and sang Lisa's Life Story, The Dangerous Kitchen and Teen-age Prostitute. The last track was featured on the album Ship Arriving Too Late To Save A Drowning Witch (1982). Lisa's Life Story appeared on You Can't Do That On Stage Anymore Vol. 6 (1992).