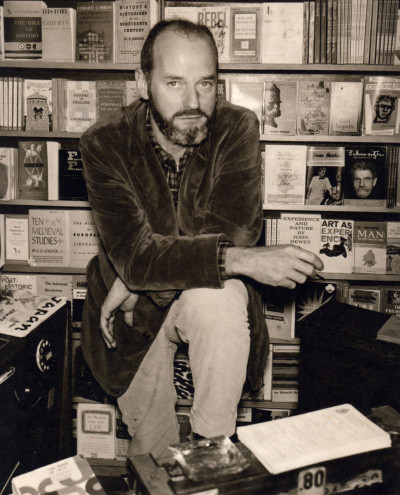 Ferlinghetti wrote volumes of colloquial verse such as "A Coney Island of the Mind" (1958), "Starting from San Francisco" (1967), and "Open Eye, Open Heart" (1974), as well as essays, broadsides, and the surrealist novel "Her" (1960). He encouraged and published many Beat writers (he was even regarded as a founder of the Beat Poetry movement), notably Allen Ginsberg. He was concidered an important west coast bohemian. Ferlinghetti published Ginsberg's famous poem "Howl" and was therefore involved in censorship court battle.

Ferlinghetti was a socially conscious artist and encouraged the hippie counterculture movement in their peace & love idealism. In 1968 he and several people signed the Writers and Editors War Tax Protest pledge, in which they refused to pay taxes so that their money wouldn't be used to sponsor the war effort in Vietnam.

Ferlinghetti can be seen reciting the poem Loud Prayer during the concert film The Last Waltz (1978), directed by Martin Scorsese.

He received numerous awards during his long and versatile career, including the title Commandeur in the French Order of Arts and Letters (2007). Ferlinghetti passed away in 2021 at age 101.

Frank Zappa named Ferlinghetti one of his many influences in the sleeve of his debut album "Freak Out!" (1966), under the heading: "These People Have Contributed Materially In Many Ways To Make Our Music What It Is. Please Do Not Hold It Against Them".