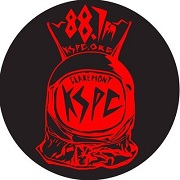 Radio station at Pomona College. Established as a low power station in the mid 1950's it grew into a more powerful station by 1959. Initially it was a classical music and local news station which developed an eclectic style incorporating classical, jazz, and what would become known as World music along with humorous spoof items. Zappa contributed The Uncle Frankie Show into this mix which he recorded in Studio Z late 1964.

"No stranger to Claremont, Zappa as a 'townie' briefly had hosted his own KSPC program 'Uncle Frankie’s Show' in the early ’60s where he explored his interest in all things musically outré and exercised his bizarre wit by inviting listeners to write in and 'just tell me how many kittens that your animals have been having.'"

Brief extracts can be found on: