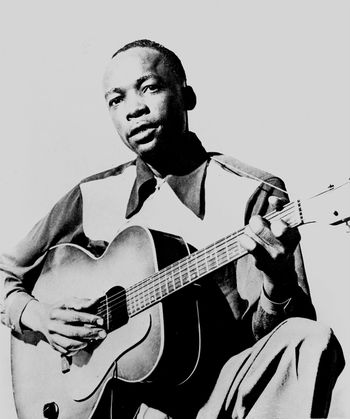 A version of Who Are The Brain Police? found on Disconnected Synapses is stylistically comparable to John Lee Hooker's Boogie Chillin' .

"I'm a bass-baritone and I have an octave range, all of it real shaky. I don't have perfect pitch. I have a rough time figuring out where I'm going. It's harder than shit for me to learn to sing. I can talk in pitch, Sprechstimme. I've been doing that for years – and I learned it from John Lee Hooker, not Arnold Schoenberg." - Frank Zappa, quoted in Frank Zappa: a Mother Only a Face Could Love, American Eye, interviewed by Michael Bourne, 23 October 1974.

"Not only did John Lee Hooker invent Sprechstimme, but Boozoo Chavis invented quarter-tone rock. Know what Sprechstimme is? Schoenberg wrote this famous piece with a chamber ensemble and a female soprano singing settings of these famous abstract poems. But instead of singing them, she sings, and in some parts, speaks on pitch. And the German word for this is sprechstimme, and it was revolutionary. The notation for it shows the note head on the line, with the accidental, and on the stem there's an 'x', which means you half-speak, half-sing. This was the rage of the early 20th century, but, I mean, listen to a John Lee Hooker record. People aren't aware of the great strides made in the world of modern music by these people of Negro persuasion in the early part of our century. That R&B was the best. All that white stuff is ... well, what can I say? Those white people, they mean well." - Frank Zappa, quoted in Zappa, 79/8, Musician, interviewed by Dan Forte, August 1979.