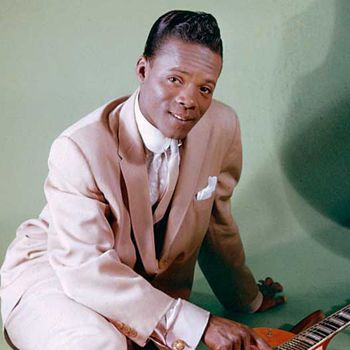 Zappa played "Work With Me, Annie", "Annie Had A Baby", "Sexy Ways" and "Stingy Little Thing" while he was a guest DJ during the KPPC, Pasadena radioshow on November 27, 1968.

"Work With Me, Annie" was also referenced in The Story Of Ruben & The Jets.

"One of my favorite Negro & groups during the 50s was Hank Ballard and the Midnighters. Their work was some of the most important sociosexual true-to-life commentary of that era, for instance: "Stingy Little Thing" (a song in protest about girls who wouldn't "put out"), "Work with Me Annie", and "Annie Had a Baby". Songs like these got played on the air every once in a while--the kids would hear "Annie Had a Baby" and say, "Hey, here's a song about a girl getting pregnant," and rush to tune it in--but an official of the station (with teen-age children of his own to protect) would "lay a pink memo on it," and the song would sort of "disappear." The visor men, meanwhile, were magically purifying all this stuff. "Work with Me Annie" ("Please don't cheat/Give me all my meat") through the wisdom of their craft became "Dance with Me, Henry" ("If you want romancin'/You better learn some dancin' ")." (FZ in The Oracle Has It All Psyched Out)

"I saw it as a totally unified field theory. What appealed to me in the Varese album was that the writing was so direct. It was like here's a guy who's writing dissonant music and he's not fucking around. And here's a group called the Robins, and they didn't seem like they were fucking around, either. They were havin' a good time. Certainly Hank Ballard and the Midnighters sounded like they were having a good time. And although harmonically, rhythmically and in many other superficial ways it was very different, the basic soul of the music seemed to me to be coming from the same universal source. You know: a guy who had the nerve to stand up and say, "This is my song, like it or lump it."" (FZ in a Rolling Stone Interview, 1988)