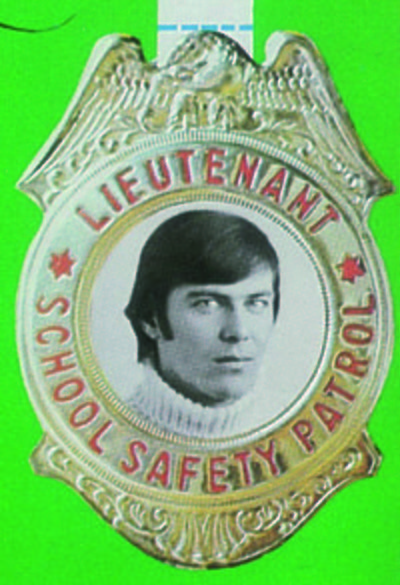 Gary Kellgren as featured in the sleeve of We're Only In It For The Money.

He died in 1977 in a drowning accident in his swimming pool.

Kellgren was the engineer of We're Only In It For The Money. He provides the creepy whispering voices during the tracks Are You Hung Up?, Concentration Moon, Hot Poop and The Idiot Bastard Son. He is also the person in the lieutenant badge, printed inside the sleeve. [1]

"That's Gary Kellgren, who was actually the engineer on We're Only In It For The Money. And he was a funny guy - a suffering individual during those days, because he had a studio (Mayfair) that had the only 8-track in New York City at that time. It was kind of a homemade rig, and he was recording 18 hours a day, and he had no private life, no social life. He was just run down. We had to get our album done and we were forced to work with a guy where I knew that just by our going and doing our session we were making his life more miserable by the minute. He would do, maybe, three or four bands per day, and it was just grinding him down. He was living on leapers and beer, and so I decided one day to just let him blow off a little steam: I put him out in the studio – I became the engineer and let him talk into the microphone. That's where all the creepy whispering comes from."