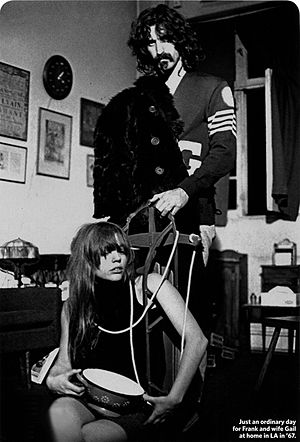 She was born Adelaide Gail Sloatman as daughter of John Sloatman, who also appears on the cover of We're Only In It For The Money. Her sister is Lala Sloatman and her brothers Arthur "Midget" Sloatman and Jay Sloatman.

She can be heard as a guest vocalist during "The Torture Never Stops" from the album Zoot Allures (1976) and provided photo's for the Zappa In New York album, as well as the inside photo on Sheik Yerbouti. Gail was also executive producer of Frank Zappa Plays The Music Of Frank Zappa and most of his posthumous albums.

Gail can be heard saying "We don't get any because we're otherwise" during Very Distraughtening on Lumpy Gravy (1968).