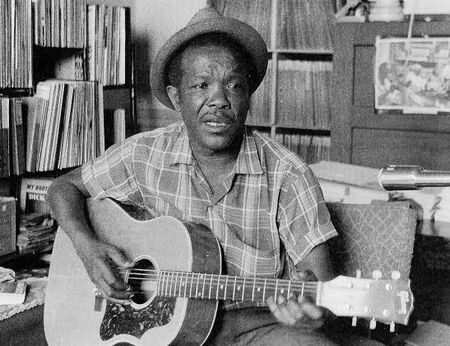 Frankie Lee Sims (April 30, 1917 - May 10, 1970) was an American blues singer and guitarist. He was the cousin of fellow blues legend Lightnin' Hopkins. Frankie Lee Sims is best known for the song "Lucy Mae Blues" (1953), which was a regional hit at the time.

Frank Zappa mentioned Frankie Lee Sims in the sleeve notes of Freak Out! (1966), under the heading: "These People Have Contributed Materially in Many Ways to Make Our Music What It Is. Please Do Not Hold it Against Them."

When Zappa was guest DJ on KSAN, San Francisco on 10 November 1968, he played Simms' song "Lucy Mae Blues". In the article Frank Zappa - A Would-be Chemist Who Turned to Music (30 December 1977, The Valley News), by Rip Rense, it is mentioned that - even in 1977 - Zappa and Captain Beefheart often stayed up all night at Zappa's house, listening to various music records, among others by Frankie Lee Sims. [1]