Difference between revisions of "Don Ellis" 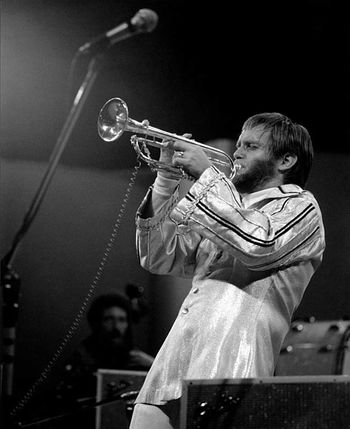 Ellis played in Glenn Miller's band, then led by Ray McKinley, and played with Maynard Ferguson as well. By the turn of the 1960s he started his own band and became active in the experimental free jazz scene. Among the musicians who once played in his band were Emil Richards and Ralph Humphrey.

Don Ellis provided trumpet for Absolutely Free (1967), specifically during Brown Shoes Don't Make It. He can also be heard on Frank Zappa For President (2016).