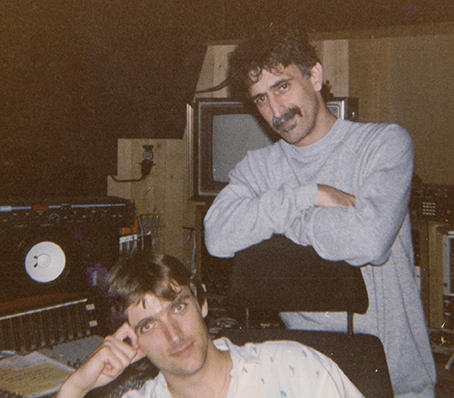 Co de Kloet (1959 [1]) is a Dutch journalist, writer, music producer, radio and TV documentary maker and radio presenter. He is often confused with his father, Co de Kloet, who was a Dutch radio presenter too (1932-2020), but contrary to De Kloet (1959) active as a children's writer and politician. [2].

As a great admirer of both Zappa and Captain Beefheart, Co de Kloet (1959) interviewed them a few times during his career.

In 1971 De Kloet interviewed Zappa on account of the release of the film 200 Motels. This interview can be found here, as the 200 Motels Press kit.

In 1993 he interviewed Captain Beefheart for Dutch radio. The audio tape can be listened to here [5].

On 4 December 2007, on the 15th anniversary of Zappa's death date, De Kloet and Wim Brands presented a radio special on the Dutch radio station Radio 3 dedicated to Frank Zappa's music. [6].

Co de Kloet was a special guest at the 22nd edition of the Zappanale festival and performed with Gary Lucas on August 19, 2011 and announced Ike Willis during the Project/Object set a day later. [7]. In 2017 he wrote the foreword to Frankie & Bobby: The Rest of Our Story by Frank's brother, Bobby Zappa.

In 2020 De Kloet published Frank & Co, a collection of all his interviews with Zappa and former members of his band.