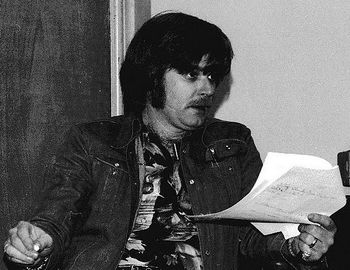 Brian Ingoldsby (20 October 1939 - 10 January 2005) was an American recording engineer. He established the Sound Master Recording Engineer School in Los Angeles in 1972, to train students in the science and art of audio engineering. Throughout his career he recorded with musicians like Elton John, Olivia Newton-John and Mick Jagger.[1]

Ingoldsby was recording engineer of Zappa's album Hot Rats (1969), at Sunset Sound. He also engineered We Still Ain't Got No Band (1973) by The Persuasions. [2]