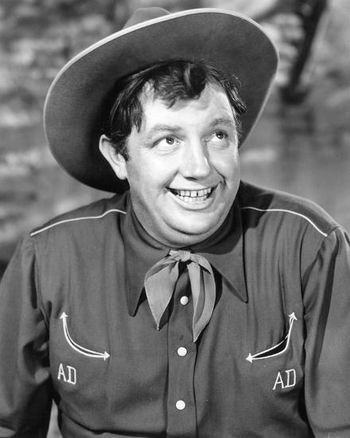 Andy Devine is referenced in "Andy": on One Size Fits All (1975): "Andy Devine had a thong rind/ it was sublime/ but the wrong kind."

According to Nigey Lennon, 'Andy' was about her, and Zappa's break up with her. The 'thong rind' was apparently some kind of thong footwear, like a flip flop.