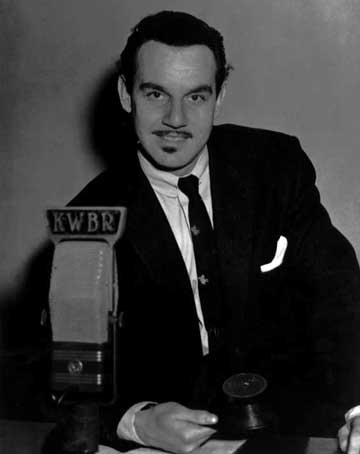 Johnny Otis, born John Veliotes (Dec 28, 1921 in Vallejo, California) is name-checked on the cover of "Freak Out!" (1966) under the heading "These People Have Contributed Materially In Many Ways To Make Our Music What It Is. Please Do Not Hold It Against Them".

A self-styled "white Negro" who worked with African-American musicians throughout his career, he began as a drummer in Count Matthews' House Rockers and other jump blues bands in Oakland between 1940-45. He formed his first band and released the hit record "Harlem Nocturne" in 1946. For the next 15 years, he was a leading figure in the development of West Coast rhythm-and-blues, operating the Barrelhouse nightclub in Los Angeles and discovering Little Esther, the Robins (who later evolved into the Coasters), Etta James, Hank Ballard and the Midnighters, Jackie Wilson, and Big Mama Thornton (also name-checked on "Freak Out!"). He recorded for Capitol Records throughout the '50s, including his last hit, "Willie and the Hand Jive", in 1959. Thereafter, he toured occasionally with his blues revue and ran several small record labels, but concentrated on work as a disc jockey and club owner. His autobiography, "Listen to the Lambs", was published in 1968.

"The Creator has been magnificently generous to Johnny Otis", writes Maya Angelou in her jacket blurb for this sumptuous collection of the great rhythm and blues bandleader's artwork (by Johnny Otis, Pomegranate Artbooks). To which we can all add a hearty "Amen". Not only is the man one of the towering landmarks of rhythm and blues history, responsible for the discovery of more talent than can be quickly accounted, but he is a minister, author of two excellent books, proprietor of one of Sebastapol's finest fruit stands and disc jockey extraordinaire. And Otis turns out to be an outstanding visual artist too. This full-color, lavish book covers his wonderfully whimsical oil paintings, primitive painted carvings and sculptures and hilarious cartoons, sprinkled with anecdotes by Otis himself. Music writer Lee Hildebrand supplies a lengthy biographical essay and comprehensive discography and UC-Berkeley art professor Mary Lovelack O'Neal provides the critical commentary. - Addicted To Noise, 1996, "Colors and Chords: The Art of Johnny Otis", Joel Selvin

"The Johnny Otis Show" was on TV in Los Angeles for eight years.

At the funeral of pianist/singer/composer Charles Brown, also name-checked on the cover of "Freak Out!", Johnny Otis was among honorary pallbearers, together with Jimmy McCracklin, and "Little Richard" Penniman (who is mentioned in "The Real Frank Zappa Book").

Also the inspiration for FZ's adoption of the Imperial styling of facial hair.